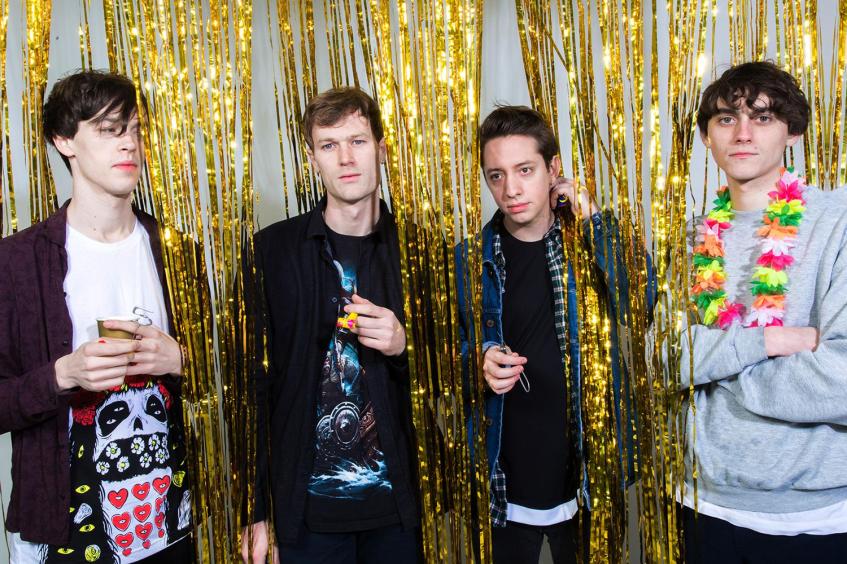 As a true guitarleaves resident, when Gengahr announced their UK Winter Tour I was excited to go and watch them live again. This gig was at Sneaky Pete’s in Edinburgh, a particularly intimate stone room at the bottom of a large tenement. It suited Gengahr perfectly, because whilst their fanbase may still be in its early stages, it is certainly a loyal one; and it enabled an up-close-and-personal performance which I doubt anyone who attended will be forgetting in a hurry. Aided by some beautifully mellow lighting design they put their all into their set, leading the sold-out crowd through their unique style of music. The set list was slick, weaving together some more unknown tracks with the classics we know and love from previous EPs. The gig ended (unsurprisingly) with “She’s A Witch” from their album “A Dream Outside” before they dispersed into the crowd to sign merchandise and take photos with fans. It was a really entertaining evening; and great to see Gengahr finally coming into their own. Support from Caro really gave them the long-desvered opportunity to shine – and it is fair to say that they seized that moment with both hands.